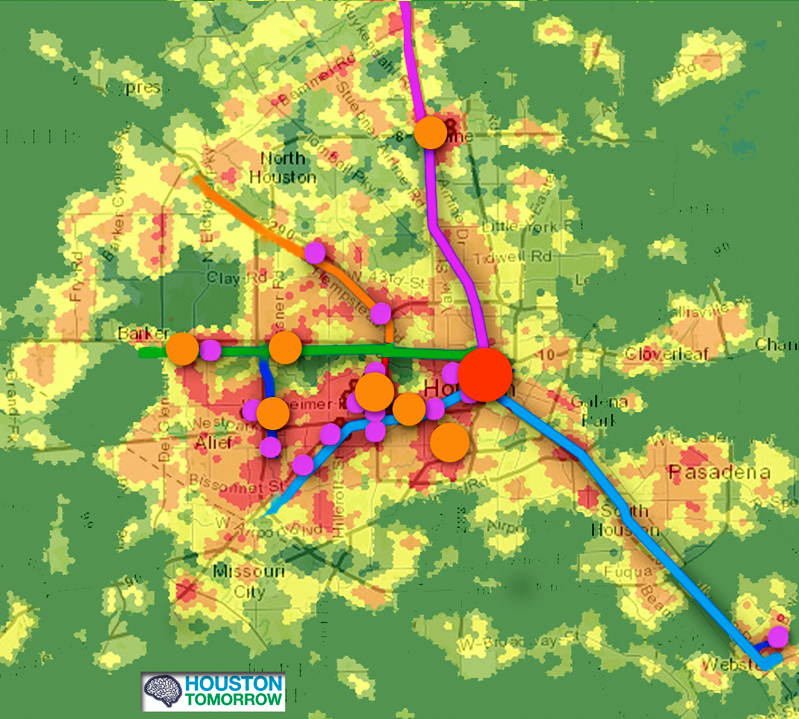 Commuters – people going to and from work – need convenient, frequent service among those centers without needing their own cars, and not just morning and afternoon but all day.

The infrastructure to deliver such transit service already exists and already belongs to the public.

In the map above, 23 of the top 25 job centers in the Houston region are shown linked by transit ways in freeways or tollways.

The section colored green – I-10 west – is a model for the network.

The process to convert center lanes to conform to the I-10 west pattern of four center lanes, two in each direction, should proceed immediately. Right of way for center-to-center transit service eventually needs to be dedicated.

Two of these lanes are already dedicated to more intense use – HOV and transit – and the other two provide the option of drivers paying a fee to escape peak hour traffic congestion in the free lanes.

It is important to note that commuter rail, a type of service that requires dedicated rail lines belonging to private interests is not suggested as any sort of useful solution to commuter transit issues in Houston.