How to improve neighborhoods 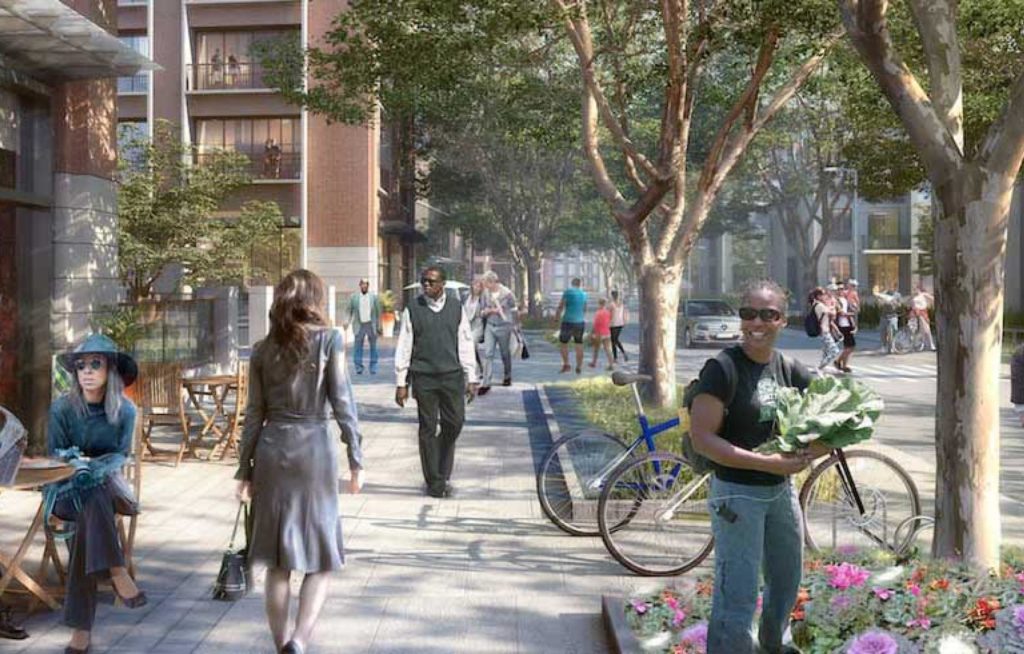 Houston Mayor Sylvester Turner said recently that “we must push ourselves into unfamiliar territory” when we talk about transportation.

“We need to be thinking not just about moving cars, but about connecting people to economic opportunity, creating great walkable places that people enjoy, attracting the next innovative workforce, and even reducing flood risks in our city.”

The Mayor talks about supporting well-connected transit-oriented development in the multiple urban centers in our region and proposes that we improve them all.

He calls those centers Complete Communities.

“Complete Communities,“ the Mayor says, “is about improving neighborhoods so that all of Houston’s residents and business owners can have access to quality services and amenities.”

He is right about this, and all our policies, legislation, and systems should be adjusted to produce such places.

This means creating a design scheme for Houston’s public and private realms that supports walkable neighborhood activity, from homes to commerce to recreation.

Rewriting the development code to encourage Complete Communities would improve the quality of life in thousands of neighborhoods. The City’s Walkable Places committee is doing some work in this direction, and that work needs wider attention.

But it can’t stop there. We also need Connected Communities — a phrase you may now see on some of Metro’s light rail trains.

Thirty-nine neighborhoods are already very well connected by that light rail system. If you live in one of those neighborhoods, you have easy, fast access to thousands of amenities, including jobs, services, goods, recreation, culture, sports, and more. You have less need of a car.

These 39 neighborhoods are growing and could benefit from a quick, smart revision of the Urban Transit Corridor code to make it easier for developers to create diverse, complete communities while requiring them to work in a defined form framework.

It is the form and scale of neighborhoods that is important to quality of life. First, the public realm must provide room for walking and biking and transit, not to mention sitting, meditating, congregating, falling in love, and all the rest.

Second, the City’s development code can describe the general form, scale, and placement of the buildings that line the various street types.

It could manage the size of buildings at the 39 train stations.

New code could encourage urban villages, hundreds of them. Surrounding these villages are all the single-family houses.

Beyond the rail system, the best opportunity is in the original streetcar neighborhoods that retain their village structure. It’s easy to imagine expanding the transit system into 100 more neighborhoods by reserving dedicated lanes in major thoroughfares.

It’s easy to imagine quickly deploying the bus rapid transit concept that is at the heart of modern urban transit thinking.

It’s easy to imagine a time when the vehicles that roam constantly up and down those thoroughfares have no drivers.

Beyond all these core urban villages, it is easy to imagine that several massive urban centers in the Houston region can be connected together 24/7 with bus rapid transit in dedicated lanes in the highways.

And each of those enormous centers has hundreds of urban village opportunities around them.

There is very little large-scale public infrastructure building that is holding back the Complete Connected Communities scenario. But there is a bewildering amount of detail to tend to, and time is passing.