Most Americans think the system is unfair 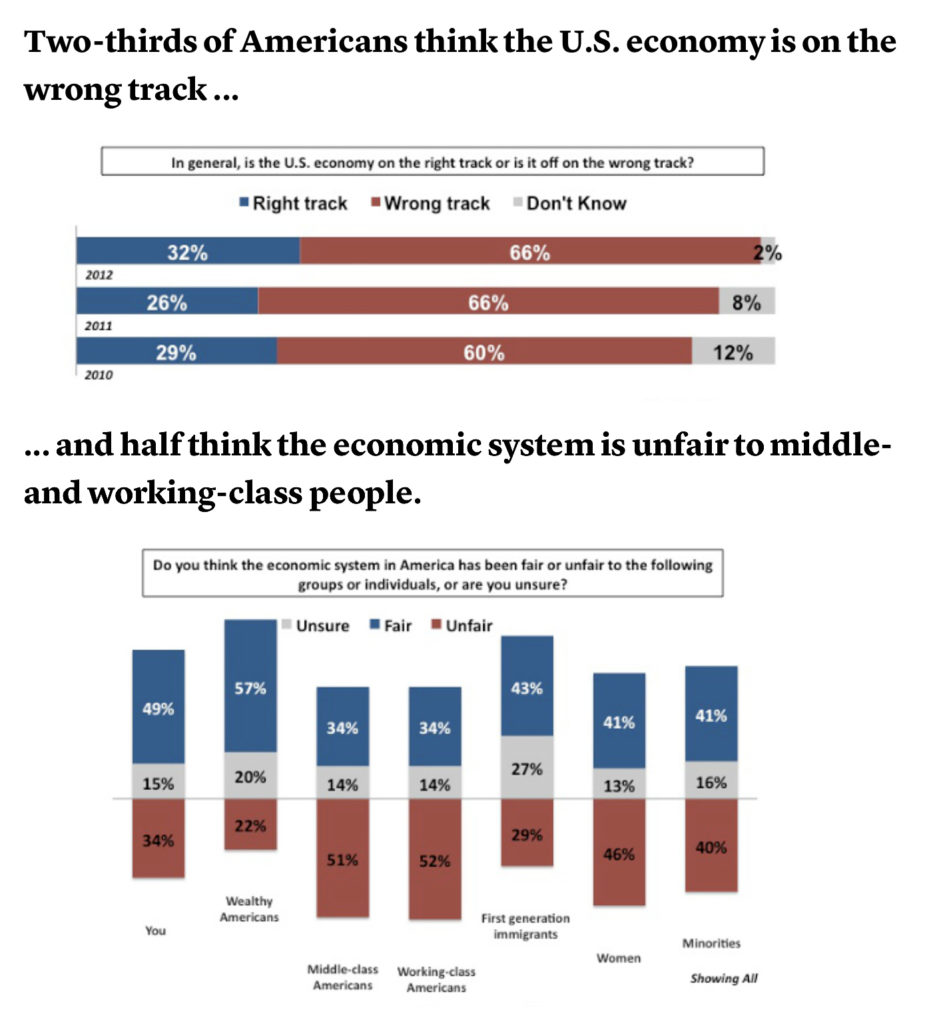 This is data from 2012, and the American political matrix has changed a lot, but this is what we, as a majority, were thinking before the current era.

Two-thirds of us thought the US economy was on the wrong track.

Half of us thought the economic system is unfair to middle- and working-class people.

In 2015, we thought the economic system favors powerful interests. 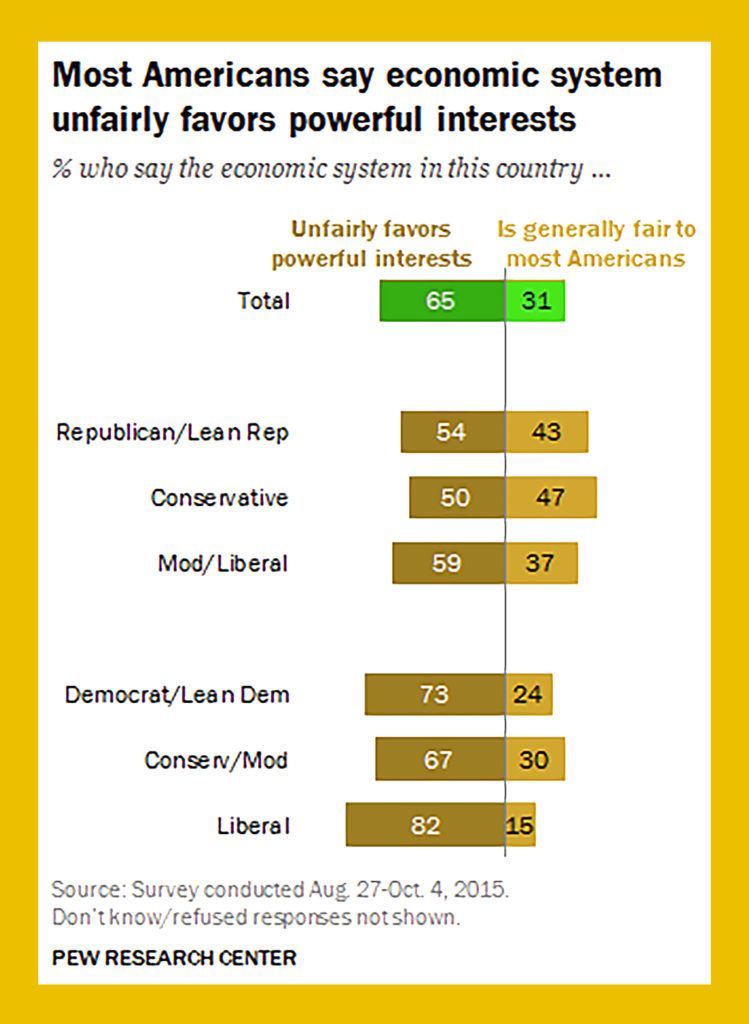