Why Walkable Neighborhoods are Good for Us 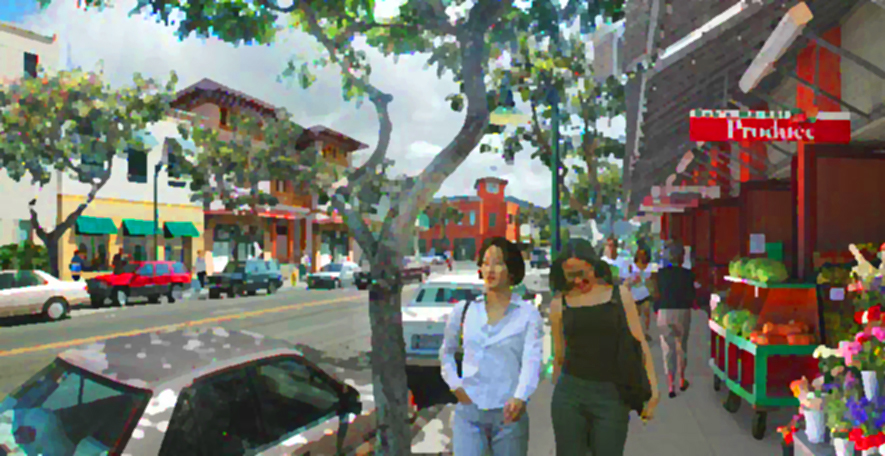 Three important academic studies published earlier this year demonstrate that they are good for our health, too.

In particular, the research, which examines different aspects of compact, walkable, and mixed-use communities and compares those aspects to published government health data, finds that such neighborhoods and cities are strongly associated with reduced rates of obesity, high blood pressure, heart disease, and diabetes.

The reason is close to a tautology: walkable environments encourage walking, which in turns facilitates good health.

Researchers generally accept the definition put forth by Arizona State University researchers Emily Talen and Julia Koschinsky in the opening paragraph of their study:

“It is a neighborhood type defined by services within walking distance of residents, a pedestrian orientation that minimizes car dependence, and a level of density and land-use diversity that is higher than the typical American suburb . . . Our focus is on the general parameters of the compact, walkable, and diverse neighborhood as a type distinct from auto-dependent, single-use suburbs.”

The distinction is thus drawn between so-called “smart growth” neighborhoods, on the one hand, and conventional suburban “sprawl,” on the other.

Aspects of these characteristics are measured at the county scale in one of the other two studies, and at both the neighborhood and city scales in the other.

Defining the characteristics of our neighborhoods and cities that promote walking and health is critical, because the US is suffering a serious obesity epidemic that is getting worse rather than better.

Over 68 percent of American adults are now overweight or obese, a percentage that has more than doubled since 1960.

One in three children is overweight or obese, triple the number from a generation ago.

Indeed, government data indicate that 36 percent of adults are now classified as obese, and 17 percent of youth are obese.

If these trends continue, nearly half of all Americans could be obese 20 years from now.   MORE…