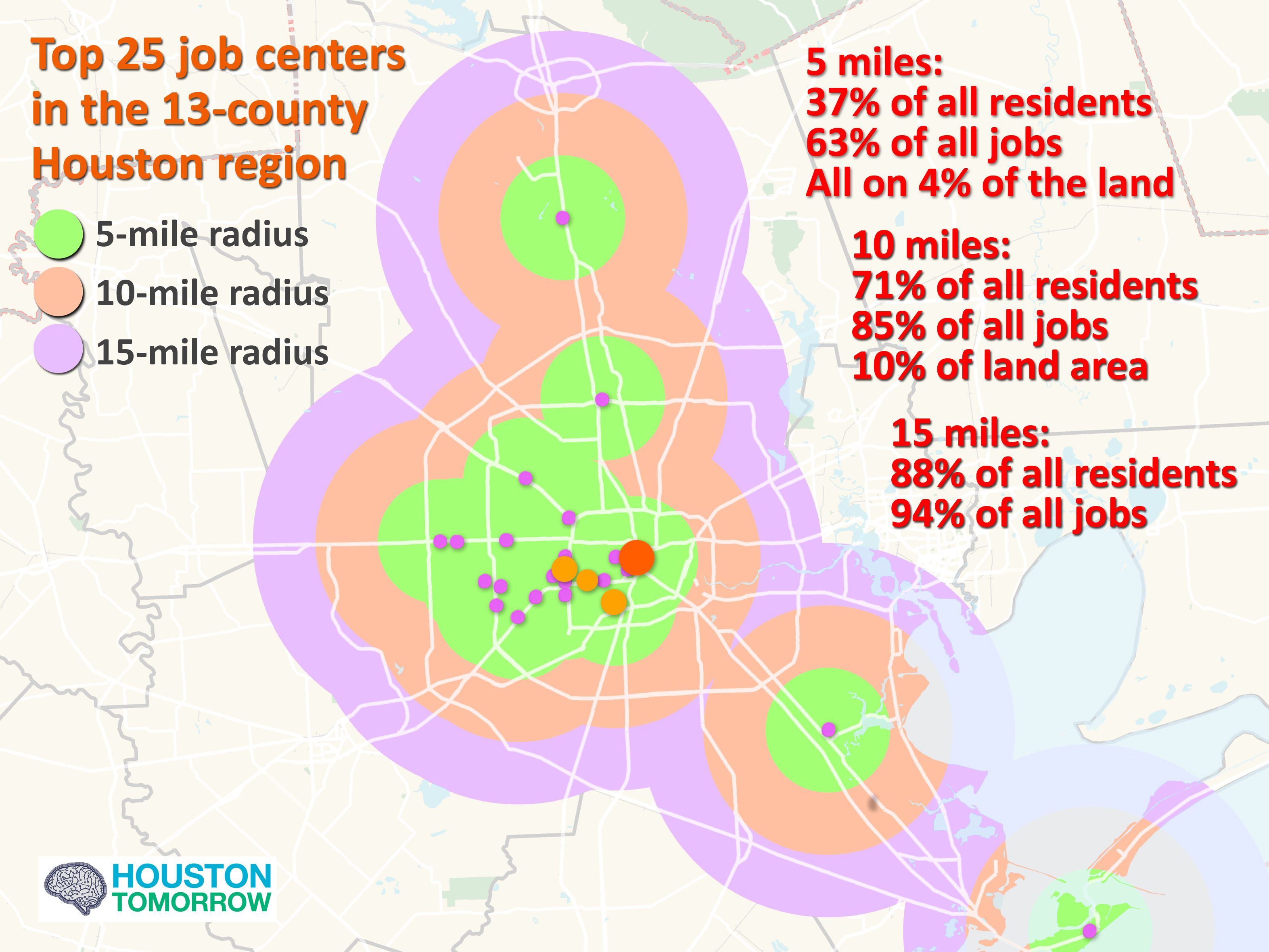 The infrastructure that is readily available and already owned by the public is the road and highway system.

This system connects all the major origin and destination nodes in the Houston region. It is why those nodes were created.

The circles on the map above show the top 25 job centers in the Houston region. Nearly all of those job centers are in the City of Houston.

Eighty-eight percent of the region’s people live around those job centers.

Transit service is possible everywhere in this infrastructure and in fact already operates widely there.

Walkable centers with a variety of amenities and residential opportunities connected to many other such centers with good, reliable transit service will offer millions of people the opportunity to live and thrive without owning a car.

Beginning with an infrastructure model similar to the four-lane managed facility in the center of I-10 West, all freeway expansions and significant renovations should include at least two transit lanes enabling 24-hour two-way service from centers to centers.

What is now necessary is to study the network with a view to increasing system capacity by dedicating strategic traffic lanes to transit service.

Painting Diamond lanes is the quickest way to improve freeway transit service in many places.