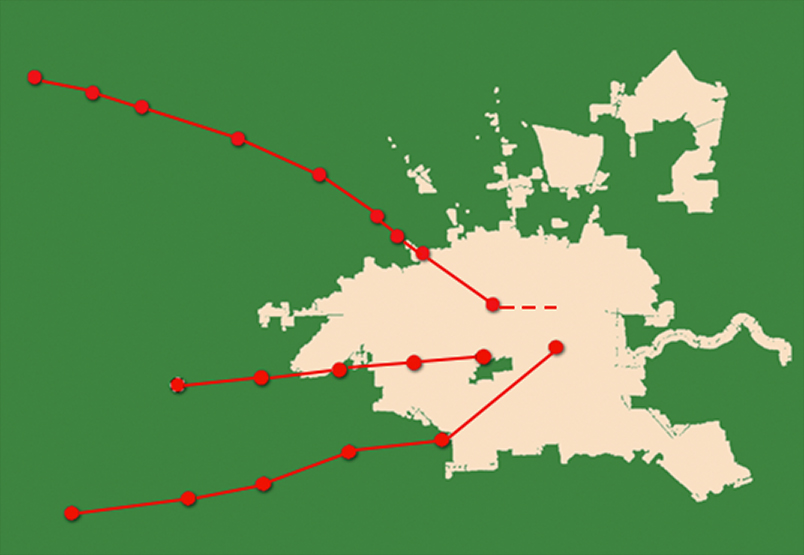 The map above shows the stations for three commuter rail lines as proposed by the Gulf Rail District. The beige area is the City of Houston.

Of 20 stations, only 5 or 6 are in the City, mostly as destinations. The great majority serve the citizens of other political entities, people who choose not to live in the City.

The number of City of Houston residents who would be served by this system is very small.

None of the lines serves the largest job center in the City and region, the Central Business District, although the plan for the Hempstead line recognizes the issue.

The only sense in which this system could be helpful to City residents is if it could relieve some traffic congestion on the major roadways and streets, but typically nothing other than charging for road use has ever been shown to reduce congestion.

The primary purpose of this system is to encourage and enable sprawl development away from the City center in other political entities.

Even as a regional service the commuter rail service is based on an outmoded transit infrastructure system – old rail lines and right of way – that converges on downtown. However, the Westpark line could connect Westchase, Uptown, and Greenway Plaza, but could not extend into the Medical Center or Downtown.

In the map below, the top 23 job centers are shown in gray with 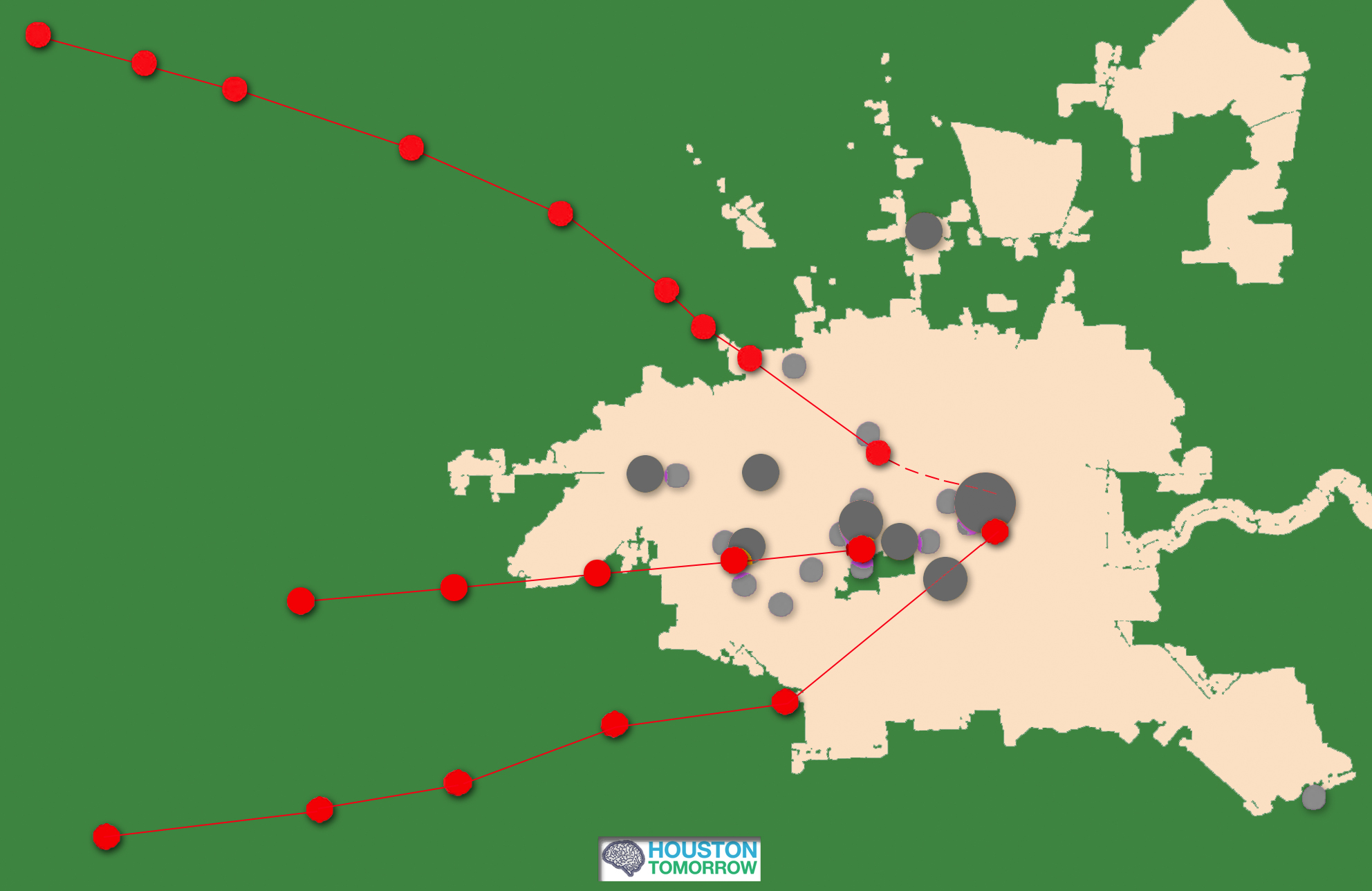 commuter rail stations in red. The Energy Corridor District and Memorial City district would have no service.

The system is projected to cost far more than the existing light rail system and would serve only a fraction of the number of riders that light rail serves today.

This type of transit service should be a low priority for the City of Houston. Its funding, should it go forward, should come from sources outside the City and not otherwise available to the City.